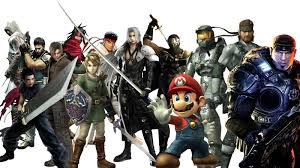 Snail games developed a browser based game for game lovers who did not have time to play outside in USA by US Publishing division. For entertaining purpose this game satisfies every player and forms bigger networks. In European countries this game spreaded via GPotato group. This is the online game portal of Gala network which is in Europe. The characters can be chosen by the player of the game which involves Human, Elf, Orc and undead role. Depends on roles the character differs its specialty which is designed in that way. The game starts with the tutorial which involves the player’s talent and gives guidance about handling the game on our own. Players can command the role chosen by means of the guidance.

Forming the city and rule by their capability is the ultimate goal of the game. One can develop by means of agriculture, building castles, producing man power so that they can hire for military, archery, agriculture, gold mining and so on. In order to increase population, players have to construct more buildings. By means of that players can recruit their heroes, troops and learning skills about them. The wealth of our area involves work done by our population by means of mining coal and gold. Lumber, Ore, Sulphur and crystals were also mined for increasing wealth.  Another way to increase our wealth is to populate the strength and form strong armies so that we can loot our opponent’s wealth by means of war. AP is termed Action Points which is required for heroes that denotes the survival of the player. In this game, a player can join or leave at any time and the major thing one need to do is forming well versed team with strong forces of attack and defensive characters.

Combat is the center for this game and for defending opponents we need to involve in combats. Players need to fight with NPC monsters in order to conquer opponents. Three minute duration is given for each player to assign tasks to their roles. According to the plan and the power of the team chance of winning exists.

Once getting defeated hero will reappear and can start game from the beginning. Goals of game vary according to player’s mentality. The common goals were forming team full of archery for conquering opponent, building castles which make the player wealthy and so on. The most proud thing in this game is guild war. Constructing Babel tower is one of the precious towers and for defending this opponent has to defend forty towers or levels of building. After completing every ten levels our hero can attain powerful equipment and is helpful for the difficulties in upcoming levels. If player beaten, it will pop up continue or leave. The graphic quality is amazing and hence earns proud of this much people.  Play and enjoy the experience of the game.