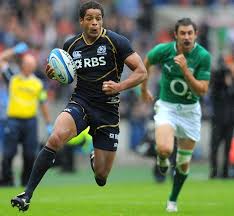 Web based games were most liked by people since they can play with players throughout the world by means of connecting through gaming world. New Zealand guy Jeremy Bell and Mathew Scolbe found an idea of developing a rugby tournament throughout the world by means of their site. They worked for Blackout Entertainment Ltd and their product name is Blackout Rugby. This was developed as a paperwork which is designed full of hand written designs and discussions. The introduce beta version in 2006 and enhance into revised version in 2007. It launched first after Rugby world cup in 2006 and place a record of having more number of active users. It has 9000 active users at that time. Mat proposed this work a before but it delayed due to personal work of Jeremy. After two years gap Jeremy looked for new job and started developing this. It attains more attention among the people of New Zealand after its launch in 14th December 2007.

For every new user they are possible to create a club and having crew of 30 members. It also involves youth player of 22 and designed a ground with the capacity of 5000 people. Bank balance for training was also provided for the user. Thirty four nations were included in this game which includes Argentina, Australia, Belgium, Brazil, Canada, Chile, Croatia, Czech Republic, England, France, Georgia, Germany, Hong Kong, Ireland, Italy Ivory Coast, Japan, Kenya, Namibia, Netherland, New Zealand, Pacific Island, Poland, Portugal, Romania, Russia, Scotland, South Africa, South Korea, Spain, US, Uruguay, Wales and Zimbabwe.2700 clubs were also owned by most of the countries. Some countries own 800 clubs and also 700 clubs. Each team faces twice one in their ground and other in their opponents ground. Group training, individual training, match training to advance their squads were also provided by officials.

Basic membership is free for this game which includes free trial of premium membership. By means of premium membership one can enjoy advertisement free games, two dimensional match views, shortcuts for speed browsing, statistics of the match, training in detailed manner, player’s nick name and club details. Auto bid feature, Rank histories were also came under the plan of premium membership. Team ratings were compared by means of reviewing the performance of the players was initial part for the win. Pregame Analysis is done by means of analyzing latest scores and current chances of win or loss can be determined. The players with winning spirit are attracted by the people and hence the fame of RUGBY came alive. The spherical ball is target to specific place regardless of opponents is much interesting thing in this game. Gaining more points indicates the winner that gives enthusiasm throughout the spectators. Live commentary features gives player a different experience and that is the general trademark of Blackout.